Just over a year ago, we introduced readers to the Changing Workplaces Review, the Ontario Ministry of Labour’s effort to reform the laws governing both unionized and non-unionized workplaces and the workforces that comprise them.

The Changing Workplaces Review was originally commissioned in response to the perceived inadequacies of the Labour Relations Act, 1995 (the “LRA”) and Employment Standards Act, 2000 (the “ESA”). The government noted the rise in non-traditional employment relationships, the increased diversity of Ontario’s workforce, and accelerating technological change, amongst other issues, and decided that it was necessary to revisit Ontario’s cornerstone workplace laws to bolster protections for workers while ensuring that the province remains an attractive place for employers to do business.

As part of the mammoth undertaking that is the Changing Workplaces Review, an Interim Report was released earlier this summer. At over 300 pages in length, it canvasses approximately 50 issues that will be important to employers and employees alike. Generally, it does not contain the authors’ recommendations on how to resolve the issues. Rather, the Interim Report presents the law as it relates to each issue and, in a general form, the associated submissions received by the authors from individuals, advocacy groups, and employers. It also examines how other jurisdictions have addressed the issues and proposes a variety of potential solutions to each issue. With the exception of the topic of ESA exemptions, the authors generally avoided making determinations on the proposals they will ultimately make to the government. However, the Interim Report appears to be geared towards enhancing workers’ rights.

The Interim Report has five chapters, and the LRA and the ESA are dealt with in Chapters 4 and 5, respectively. Chapter 4 contains a number of proposals that would likely increase union density in Ontario. Chapter 5 contains an array of complex and innovative proposals that address almost every substantive aspect of the ESA. Chapter 5 also canvasses procedural aspects of the ESA, including broadening its scope so that the legislation covers more types of workers across a greater number of industries, and also narrowing or eliminating the eligibility criteria for various benefits, like termination and severance pay, amongst others. Overall, this suggests that any changes made to the LRA will not be as drastic as whatever the government ultimately decides to do with the ESA.

Many of the more contentious proposals contained in the Interim Report have already attracted significant attention from employers and workers. However, the authors ask that members of the business community share their comments on a number of issues that are likely to be of interest to them, lest the authors miss an important perspective when developing their final proposals. For instance, an internal responsibility model for ESA compliance and the issue of just cause for termination are sure to be of interest to employers but have thus far received little traction.

A Guide to the Interim Report (link here) summarizing the key issues encountered by the authors was released alongside the Interim Report, and a second round of consultations is currently underway. Although the deadline to make submissions on Personal Emergency Leave was August 31, 2016, all other issues may be canvassed until October 14, 2016.

Submissions can be made in the following ways: 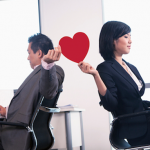 What Employers Need to Know About Office Romances