In early 2015, the Supreme Court of Canada (the “SCC”) released three decisions in a two-week period that collectively expanded the reach of the constitutional right of freedom of association as it pertains to collective bargaining.  Throughout the past thirty years, the SCC has periodically altered employees’ rights related to collective bargaining as provided by section 2(d) of the Charter of Rights and Freedoms (the “Charter”), which guarantees freedom of association.  The decisions in question are Mounted Police Association of Ontario v. Canada (Attorney General) (“MPAO”), Meredith v. Canada (“Meredith”) and Saskatchewan Federation of Labour v. Saskatchewan (“SFL”) (collectively, the “2015 Labour Trilogy”).  This article will briefly review the 2015 Labour Trilogy and will discuss their potential impact on employers.

MPAO involved a claim by RCMP members that the RCMP’s specialized labour relations system, the Staff Relations Representative Program (“SRRP”), violates the Charter right to freedom of association.  RCMP members are prohibited by statute from forming a union; instead, as part of the SRRP, their interests are represented by an internal staff association run by RCMP management. The SCC held in MPAO that freedom of association is violated by government action that “substantially interferes” with workers’ ability to engage in meaningful collective bargaining by determining and meaningfully pursuing their collective interests.  The SCC applied this new test in finding that the SRRP substantially interferes with RCMP members’ ability to meaningfully collectively bargain, and that the SRRP therefore violates RCMP members’ Charter rights.

The Meredith case was also commenced by RCMP members.  RCMP officers alleged that government legislation that rolled back scheduled wage increases following the 2008 financial crisis violated their Charter-protected right of freedom of association.  Unlike in MPAO, the SCC in Meredith sided with the government. It held that the legislated reduction of wage increases did not substantially interfere with RCMP members’ ability to engage in meaningful collective bargaining because the RCMP members were permitted to continue to consult with management following the passage of the legislation that reduced their wage increases.  The SCC noted that the right to freedom of association “guarantees a process rather than an outcome”. The RCMP members’ Charter rights therefore were not violated because of the continuation of the consultation process, despite that they were dissatisfied with the outcome of that process.

The most obvious and immediate impact from the 2015 Labour Trilogy decisions will be felt by governments, rather than by private sector employers.  However, it is also likely to impact employers in the coming years.  For example, the right to strike will likely limit the governments’ ability to pass back-to-work legislation to end strikes.

The enhancements to collective bargaining rights and the newly-recognized right to strike will presumably prompt employee associations and unions to commence wide-ranging litigation in order to clarify the extent of those rights.  The practical impact of the 2015 Labour Trilogy as the decisions pertain to employers is, for the time being, unclear, and will remain so until our courts apply them to a variety of fact scenarios in other cases. 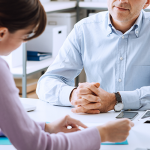