Most employers are aware of the concept of constructive dismissal, which occurs when an employer unilaterally makes changes to an employee’s terms of employment that fundamentally alter the nature of the job. This can result from changes in compensation, changes in work functions, a loss in status or prestige, or any other change which indicates that the employer no longer wishes to be bound by the terms of the employment contract.

A recent case out of Ottawa highlights this dilemma for employers. In Brake v. PJ-M2R Restaurant Inc., a former employee of a McDonald’s franchisee with multiple locations successfully obtained over $100,000 in damages in a constructive dismissal claim. Esther Brake, who had worked for the franchisee since 1986, sued her former employer for constructive dismissal when she was offered the option of accepting a demotion or leaving her employment. The case, which ended up before Ontario’s Court of Appeal, demonstrates the fact that employers act at their peril if they try and skirt termination entitlements by making changes to an employee’s working arrangements in order to force an employee to quit.

In this case, Ms. Brake had worked as a manager of a successful McDonald’s location for several years. She had never received a negative performance review and as far as she knew, she was performing up to expectations. Ms. Brake received her first negative assessment in November 2011, and shortly thereafter, Ms. Brake was transferred to another of the franchisee’s locations. The new location was one of the worst performing in the country. She was given a set of performance targets which she exceeded in all but one category where she only narrowly missed a target. As a result of her failure to meet the target, the employer gave Ms. Brake an ultimatum—be demoted or her employment would be terminated. The new position did not come with a reduction in salary, however, Ms. Brake would be required to accept a reduction in benefits and would be reporting to a much younger employee whom she herself had trained. Ms. Brake ultimately left McDonald’s and filed a wrongful dismissal claim.

Although the judge at the trial level had relied on Farber v Royal Trust Co in making its decision, the Court of Appeal nonetheless upheld the lower court’s decision by applying the Potter test. First, the demotion was a unilateral decision by the employer to which Ms. Brake did not consent or acquiesce. Second, a reasonable person in the same situation would have perceived the terms of the employment contract to have substantially changed. Ms. Brake alleged that her employer had simply wanted to be rid of her and was looking for ways to do so without providing her the proper notice entitlements. The court described the situation as one in which Ms. Brake was, “set up to fail” and her demotion was deemed to be, “unfair and arbitrary.”

The Court of Appeal also agreed with the lower court’s finding that it would have been, “unreasonable” to expect Ms. Brake to mitigate her damages by accepting the demotion and continuing to work for the employer in a diminished role. It was agreed by both courts that it would have been embarrassing and even, “humiliating” to require her to work for a younger individual she had previously trained.

The award amounted to twenty (20) months’ notice, and the employer was also ordered to pay Ms. Brake’s substantial legal costs, which the Ottawa Citizen reported to be “$120,000.”

This decision serves as an important reminder to employers to be cautious when seeking to alter a worker’s terms of employment. When employers wish to make unilateral changes to an employee’s work functions, it is important to ensure that the changes do not fundamentally alter the nature of the work relationship. While employers are given some latitude to make changes to the terms of employment, reductions in wages and demotions in title will generally be considered a fundamental change to the terms of employment. Where the end of the employment relationship is desired, employers should be forthright about their intentions rather than seek to disguise the dismissal as a demotion or some other form of disciplinary action in the hopes that the employee will resign. 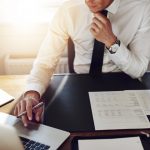