Employees have an implied duty of faithfulness and honesty to their employers. However, as disconcerting as it is for many employers to learn, dishonesty by an employee is not automatic grounds to terminate one’s employment on a for cause basis. Rather, the dishonest act has to be analyzed in all of the circumstances before determining that dishonesty warrants dismissal. Generally, a single act of dishonesty by an employee will not amount to just cause for dismissal. However, where the single act of dishonesty is particularly severe and goes to the heart of the employment relationship, it could be grounds for just cause.

The Ontario Court of Appeal recently ruled in Aboagye v Atomic Energy of Canada that an employee’s single dishonest act justified dismissal for cause because it went to the core of the employment relationship. The employee in question was an industrial safety specialist who had access to nuclear facilities and information that is relevant to national security. On his security clearance application, he deliberately omitted his then-employer despite warnings that complete disclosure was required. During his employment with Atomic Energy, the employee was alleged to have harassed other employees, and during the workplace investigation into the allegations, his employer found out he had been dishonest on his security clearance application. When confronted, the employee admitted that he had deliberately withheld the information when filling out his application.

The Ontario Court of Appeal dismissed the employee’s appeal because his dishonesty went to the core of the employment relationship. The purpose of the security clearance application was to protect national security. Because of this high degree of importance, the single dishonest act was sufficiently damaging to the employment relationship in that it destroyed the trust between the employer and employee, and Atomic Energy rightfully dismissed the employee on a for cause basis.

The Ontario Court of Appeal’s reasoning was consistent with the application of relevant principles in prevailing case law. The relevant test for determining whether just cause for termination exists is set out in McKinley v BC Tel. In that case, the Supreme Court of Canada considered whether any instance of dishonesty by an employee could be grounds for a just cause termination, or whether the context of the dishonest act is relevant. The employee in question had worked for BC Tel for almost 17 years, and had gone on sick leave. BC Tel decided to terminate his employment, alleging just cause because he had been dishonest about his medical condition and about the available treatments.

Once is likely not enough

Even though the Aboagye case provides an example of a situation where an employee’s single act of dishonesty justifies terminating an employment relationship for cause, employers proceed with caution when terminating for cause based on a single instance of dishonesty. The situation that Atomic Energy found itself in is exceptional. The employee’s dishonesty was particularly egregious because the security clearance application was in place, in part, to protect national security interests. Outside of the national security context, Aboagye should be carefully relied on with a view to its exceptional facts. FIXED-TERM CONTRACTS MUST BE “FUTURE-PROOFED” TOO 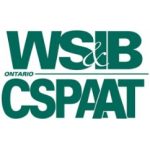