The Ministry’s blitz determined that between the 36 Agencies who had violated the ESA, $38,600 was owed to Agencies’ workers for violations related to holiday pay, vacation pay, overtime pay and more.  As a result of this blitz, all of that money was voluntarily paid by the offending Agencies to the workers to whom it was owed.  Ontario Agencies have a history of ESA violations; during the Ministry’s last blitz of Agencies in 2012, 76 of the 105 Agencies that were audited were found to have violated the ESA.

This blitz is of particular interest to companies that use Agencies given the recent amendment to the ESA that makes such employers liable for Agencies’ ESA violations.

As most employers are aware, Agencies provide workers to companies to provide work to those companies on a temporary basis.  The workers are legally employed by the Agencies, rather than the companies for which they work.  Employment contracts are agreed between each worker and the Agency that employs him or her.  The use of Agency workers can be beneficial to companies with respect to workforce-related costs, as companies contract directly with Agencies and pay the Agencies for the work provided, rather than paying each worker individually (as is the case with employees).  However, companies are advised that the benefits of using Agency workers will soon be paired with heightened risks as a result of a recent ESA amendment.

In the wake of the Stronger Workplaces for a Stronger Economy Act, 2014 (“SWSE”), which came into effect on November 20, 2014, companies that use Agency workers will, starting on November 20, 2015, be jointly and severally liable for Agency workers’ wages in the event that the Agency does not properly pay its employees.  “Wages” is defined for this purpose as including regular wages, overtime pay, public holiday pay and premium pay.  This means that if the Agency does not properly pay its employees the wages earned while working for a company in accordance with an agreement between the Agency and the company, Agency employees may bring their complaints before an Employment Standards Officer (an “Officer”), who can now order that those damages be paid by the company in addition to (or instead of) being paid by the Agency itself.  In the event that an Officer orders a company to pay unpaid wages to an Agency worker, the company would be paying twice for the work performed: once to the Agency and once to the worker in accordance with the Officer’s order.

SWSE also creates new record-keeping obligations for companies using Agency workers: the companies will now have to keep records of hours worked by Agency workers, and must retain those records for three years and ensure that they are available for inspection throughout that three-year period by the Ministry and/or Officers.

Due to the results of the Ministry’s blitz and the impending new obligations for companies using Agency workers under SWSE, companies should take particular care in contracting for work from Agencies.  Companies should do their due diligence in choosing an Agency to provide them with workers and should, wherever possible, avoid contracting with Agencies that have a history of failing to properly pay their employees.  Companies may also require that Agencies reimburse them for losses related to the Agencies’ failure to meet their obligations to their employees. 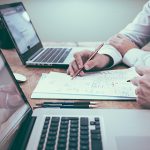