The Ontario Superior Court of Justice (the “Court”) recently indicated that employers may be liable for a breach of the duty of good faith where they fail to provide due process to employees when conducting workplace investigations.

Mr. Joshi resigned from his position as a Mortgage Development Manager at National Bank after being offered a new job at the Bank of Montreal (“BMO”). Without informing him, National Bank is alleged to have contacted the Canadian Bankers Association Bank Crime Prevention and Investigation Office (the “BCPIO”) to have his name added to that organization’s database of individuals found guilty of serious banking crimes. BMO noted his inclusion in the database and contacted National Bank, which informed BMO that Mr. Joshi falsified mortgage documents and resigned before he could be contacted by an investigator. Unsurprisingly, BMO terminated Mr. Joshi’s employment in response to those representations. National Bank is also alleged to have made similar representations to another bank.

Mr. Joshi claimed that National Bank breached its duty of good faith by adding his name to the BCPIO database without having properly investigated the matter; representing to other banks that he had committed fraud; and improperly maintaining his name in the database. Essentially, Mr. Joshi claimed that not informing him of the investigation and not allowing him an opportunity to respond to the allegations was a breach of the employer’s duty of good faith, and that National Bank’s other acts were carried on in furtherance of that breach.

National Bank argued that the duty of good faith was not applicable in the circumstances, and that the portion of Mr. Joshi’s Statement of Claim that addressed National Bank’s duty of good faith should therefore be struck. However, the Court sided with the plaintiff in refusing to strike that portion of the Statement of Claim, stating that “if an investigation into alleged misconduct on the part of the plaintiff employee was ongoing during his employment, it was, at a minimum, an implied contractual obligation to afford the plaintiff due process and allow him to respond and/or to refute such allegations.”

This decision demonstrates that the Court will consider the duty of good faith as requiring employers to afford due process to employees under investigation. While the law of workplace investigations is still developing, employers undertaking an investigation should ensure that they inform the employee of the allegations against them, provide the employee an opportunity to respond, and avoid jumping to conclusions without thoroughly and impartially assessing the entire situation. 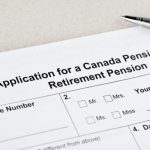 UPDATES ON THE PLANNED CPP ENHANCEMENT