A recent decision of the Small Claims Court (the “Court”) awarded punitive damages against an employer that falsely alleged cause to support a termination decision.

In Budge v. Dickie Moore Rental Inc, 2017 CanLII 468, the Plaintiff, Mike Budge (“Mr. Budge”), was a salesperson employed by the Defendant, Dickie Moore Rental Inc (“DMR”). Mr. Budge commenced working for DMR in July 2014 and his employment was terminated in January 2015. DMR paid Mr. Budge one week’s pay upon termination. However, Mr. Budge commenced an action, seeking reasonable notice of termination at common law. DMR responded by alleging that it had just cause for the termination of Mr. Budge’s employment and that he therefore was not entitled to reasonable notice.

DMR took the position that Mr. Budge exhibited dishonesty by asking DMR to defraud the Government of Canada on the basis that he was exempt from income tax withholdings due to the Indian Act. DMR also claimed that Mr. Budge filed a false mileage claim and that this amounted to theft. Further, DMR asserted that Mr. Budge represented to DMR that he had an extensive network that would be leveraged to increase sales at DMR, but was grossly negligent in using that network and performing his duties. Finally, DMR claimed that Mr. Budge was subject to a six (6) month probationary period, within which he was dismissed.

Mr. Budge claimed to have learned about his alleged fraud and dishonesty only after DMR served its Defence. He also alleged that he was neither reprimanded for poor performance nor informed that his employment was in jeopardy at any point during his tenure at DMR. Furthermore, Mr. Budge asserted that he did not agree to a six (6) month probationary period. Rather, he and DMR verbally agreed to a (3) month probationary period and that there would be a review of Mr. Budge’s pay structure at the end of his sixth month with DMR.

The Court first analyzed the duration of the probationary period Mr. Budge was subject to. It found that Mr. Budge’s evidence that the parties verbally agreed to a three (3) month probationary period and a review of his compensation structure at the end of six (6) months was not contradicted, and accepted his assertion over DMR’s.

The Court then examined DMR’s conduct upon the termination of Mr. Budge’s employment. It found that DMR acted in an inconsistent manner and that doing so undermined its credibility. Not only did DMR fail to put any of its reasons for termination to Mr. Budge during his termination meeting, but it also paid him a week of pay in lieu of notice, which suggested that the termination was done on a without cause basis. Meanwhile, DMR indicated the equivalent of for cause termination on his Record of Employment.

Based on DMR’s failure to establish that it dismissed him from employment for cause, Mr. Budge was awarded wrongful dismissal damages in the amount of $8,916.09 plus prejudgment interest.

The Court also reviewed the law on punitive damages, as Mr. Budge amended his pleadings during the trial to seek them. The Court reiterated that punitive damages are only appropriate where the conduct complained of is “malicious, oppressive and high-handed” and that they are meant to achieve the objectives of retribution, deterrence and denunciation in relation to such conduct. The Court noted that punitive damages have been considered to be appropriate in circumstances where the employer fabricates allegations of serious misconduct to support an employee’s dismissal for cause and maintains the allegations up to or during trial. It also found that punitive damages have been awarded when the employer alleges serious misconduct and dismisses an employee for cause without conducting a reasonably fair and unbiased investigation into the allegations.

The Court found that DMR paid little attention to the incidents upon which DMR based its position of just cause when they allegedly occurred, and that DMR only raised them in response to Mr. Budge’s claim for reasonable notice of termination. The Court concluded “that they were concocted… after the fact” and that punitive damages were therefore warranted because DMR “persisted in advancing serious personal allegations of impropriety against the plaintiff without being able to maintain them and without having conducted a reasonably fair and unbiased investigation.”

The Court noted that an award for punitive damages must be proportionate in the circumstances. It considered that what is proportional in a given circumstance will depend on several factors, including the blameworthiness of the Defendant’s conduct, the degree of vulnerability of the Plaintiff, the harm actually suffered by the Plaintiff, the need for deterrence, the benefit gained by the Defendant from their conduct and other penalties that the Defendant has already paid in relation to their actions.

In light of the wrongful dismissal damages of approximately $9,000 that were already awarded and the limited monetary jurisdiction of the Small Claims Court, the Court determined that $4,000 was an appropriate punitive damages award.

Budge v. Dickie Moore Rental Inc is one of a number of recent cases standing for the proposition that employers may be liable for punitive damages where they dismiss employees based on unfounded allegations of cause. Although the award in this case is relatively small, the Superior Court of Justice (the “Superior Court”), which does not automatically have a limit on the quantum of damages it can award, has awarded significantly higher sums when it adjudicates similar circumstances. In Morison v. Ergo-Industrial Seating Systems Inc., 2016 ONSC 6725, for example, the Superior Court awarded the Plaintiff $50,000 in punitive damages after finding that the employer’s allegation that it terminated the Plaintiff’s employment for cause lacked a reasonable basis and was done for purely tactical purposes. Similarly, in Gordon v. Altus Group Limited, 2015 ONSC 5663, the Superior Court awarded $100,000 in punitive damages after finding that the employer “got mean and cheap” in trying to fabricate cause after it encountered difficulties with the Plaintiff in an impending commercial arbitration proceeding that was separate from his employment.

Employers should therefore take due care when alleging just cause for an employee’s dismissal. Without a rational basis for such allegations, they may be liable for substantial punitive damages awards in addition to common law reasonable notice. Without Cause Terminations in the Federal Sector 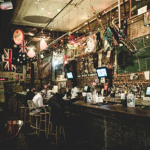