Although complying with Ontario Ministry of Labour (“MOL”) requirements may appear to be costly and exhaustive, the potential consequences for non-compliance can be severe. The MOL issued several notable fines to Ontario employers in Early 2014. These fines include:

• On January 17, 2014, Iron Mountain Canada Operations ULC was fined $90,000 by the MOL after a worker lost his arm in a conveyor. A 25% victim surcharge under the Provincial Offences Act was also imposed. An MOL investigation concluded that there was no lock or other tool restricting access to the conveyor in operation and no device in place to prevent access to the pinch point of the conveyor.

• On January 23, 2014, Harbour Sports Grille, a bar/restaurant was convicted on failing to comply with 13 previously issued MOL orders and was fined $110,000. A 25% victim surcharge under the Provincial Offences Act was also imposed. The orders addressed a variety of safety issues including, lacking a joint health and safety committee, policies and programs, material safety data sheets, and safety mechanisms.

• On January 27, 2014, The Ontario Power Generation (“OPG”) was fined $75,000 for failing to follow notification procedures required under the Occupational Health and Safety Act. A 25% victim surcharge under the Provincial Offences Act was also imposed. OPG did not follow proper protocol after it became known that their employees were exposed to lead. OPG also did not notify the MOL within the four day period of WSIB claims filed by two workers as a result of lead exposure.

• On January 28, 2014, English Prestige Builders Ltd., a real estate project management services provider, was fined $100,000 by the MOL after a concrete wall collapsed on a project site, killing one worker and severely injuring another. An additional 25% victim surcharge under the Provincial Offences Act was imposed. The MOL investigation concluded that an inadequate demolition procedure was used. 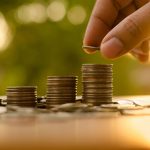