Sexual assault and harassment are ongoing concerns which have been making headlines across the country in recent months. In addition to efforts by law enforcement and other governmental agencies to police and prevent this conduct, the Occupational Health and Safety Act amendments that were enacted by Bill 132 and came into force in September 2016 impose a duty on employers to be vigilant for, and proactively combat, sexual assault and harassment. Employers can be liable for acts of sexual harassment or sexual assault which occur at work or at work-related functions if they do not employ the proper preventative and investigative procedures. Employers with mobile workforces encounter obstacles which can make it particularly difficult to ensure that their employees are adhering to company policy and the law.

The taxi industry is the perfect example of this sort of work force. While some employees work out of a central location, the vast majority of a taxi company’s employees will be drivers who do not work from an office. This raises concerns about the extent to which taxi services can and should supervise their employees and the degree to which employers of taxicab drivers will be held liable for the misconduct of their workers. In vicarious liability cases, if an individual was employed by an enterprise and the conduct in question was related to work the employee was instructed to do, the employer will generally be liable for the actions of its employee. In certain circumstances, however, this will not be the case.

In a recent decision handed of the Ontario Court of Appeal, Ivic v. Lakovic, a taxi cab passenger alleged that she was sexually assaulted by a driver of United Taxi Limited (“UTL” or the “Taxicab Company”) after leaving a party intoxicated. The passenger of the cab sued the Taxicab Company, alleging that UTL was vicariously liable for the actions of its employee. Cases of this nature have often resulted in findings of vicarious liability.

In this case however, the court found that the Taxicab Company was not liable for the actions of its employee based on the test for vicarious liability set out by the Supreme Court of Canada in its 1999 decision in Bazley v. Curry (“Bazley”). Despite past precedent which held employers accountable for sexual assaults committed by employees on the job, Associate Chief Justice Hoy found that there was an insufficient connection between the instructions of the employer and the act committed by the employee to attribute the harm to the taxicab company.

The Court in Bazley held that in order to determine whether there is a sufficient connection between an employer’s instructions and an employee’s actions to hold the employer vicariously liable, courts should consider such factors as:

UTL readily admitted that the driver was one of their employees but this nevertheless did not lead to the conclusion that the company ought to be liable for the driver’s actions. Although the passenger was found to have been exposed to a situation in which she was vulnerable to an assault, the Court did not conclude that there was a sufficient connection to find the employer liable. In coming to its decision, the Court found that the conduct giving rise to the claim was only “coincidentally” connected to the activities of the employer and thus it would be “unfair” to hold the employer accountable for the employee’s actions. In applying the Bazley factors, the Court did not find that UTL had created a risk, nor afforded their employee the opportunity to abuse his position. The Court also concluded that the sexual assault did not further any of the company’s aims and that it was not the directions provided by UTL to the driver which led to the assault. Rather, the Court held that UTL’s policies sought to prevent such conduct, as those policies discouraged drivers from touching passengers unless absolutely required.

The Court went on to say that preventing this sort of misconduct on the part of its employees would require taxicab services to incur great expense, for example by installing cameras in all of their cabs. Associate Chief Justice Hoy also opined that imposing vicarious liability under these circumstances would not achieve the policy objectives of deterrence and compensation for victims which underlie the concept of vicarious liability.

This case highlights the narrow line that is drawn between employee conduct for which an employer will be liable and the types of conduct for which only the employees themselves will be liable. With the likely passage of Bill 148, the Fair Workplaces, Better Jobs Act, 2017, more individuals will be coming under the definition of employee in the Employment Standards Act, 2000, which may increase the number of claims against employers for damages related to the actions of their workers. Preventative strategies to avoid exposure to this sort of liability are straightforward and good practice. Employers should have clear policies outlining what is expected from employees on the job and detailing what types of conduct employees should not engage in. Additionally, training should be provided to employees which will further instruct them on appropriate conduct and how to avoid potentially litigious situations. Although an employer can never fully control what employees do while at work, having informed employees will lessen the risk of negative outcomes. 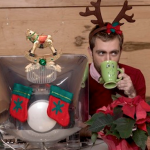 Online shopping on company time not always a sin