Constructive dismissal and sexual harassment are two topics that we have blogged about recently to highlight how important it is for employers to be aware of these concepts. A recent decision out of the Ontario Superior Court combines principles from both of these concepts and reaffirms how essential it is for employers to take sexual harassment seriously, even years later, and ensure that changes in the nature of an employee’s work do not amount to constructive dismissal.

Colistro v Tbaytel, 2017 ONSC 2731 involved a female employee, Linda Colistro (“Ms. Colistro”), who had worked for the telephone department with the City of Thunder Bay (the “City”) for over twenty (20) years. In the later years of being directly employed with the City, Tbaytel (or the “Company”) assumed management of the City’s telecommunication services and Ms. Colistro continued her employment with the Company that was owned by the City. An issue arose when Tbaytel decided to rehire Steve Benoit (“Mr. Benoit”), who had previously been a coworker of Ms. Colistro. When Ms. Colistro and Mr. Benoit had worked together, Mr. Benoit had sexually harassed Ms. Colistro in the workplace. Ms. Colistro raised the issue with the City and an investigation was conducted into the allegations, as well as other allegations of his misconduct. Ultimately, Mr. Benoit was terminated by the City on a without cause basis with one of the reasons being his sexual harassment of Ms. Colistro.

During the period in which the Company was considering rehiring Mr. Benoit, Ms. Colistro advised that she was not eating or sleeping, and was vomiting. The Company offered to accommodate Ms. Colistro by moving her into an equivalent role where she would not work out of the same building as Mr. Benoit. Ms. Colistro would not have been required to accept a pay reduction and her duties would have been substantially the same as her previous role. Although the new position in the building next door would have required minimal contact with Mr. Benoit, Ms. Colistro nonetheless refused any offer which would have involved Mr. Benoit becoming employed by Tbaytel.

After the decision was made to rehire Mr. Benoit, Ms. Colistro became distressed about the potential that she may have to work with Mr. Benoit again and sought medical attention which resulted in her having to take an indefinite medical leave. Ms. Colistro was eventually diagnosed with post-traumatic stress disorder and major depression and received long term disability benefits. The doctors found that the cause of Ms. Colistro’s psychological difficulties was her reaction to the thought of having to work alongside her former harasser.

The offer of an alternative position offered to Ms. Colistro was deemed insufficient because Ms. Colistro had made it clear from the outset that any situation in which she would have to work with her former tormentor would be unacceptable. According to the Judge, Ms. Colistro’s discomfort was palpable and the Company knew or ought to have known that proceeding to hire Mr. Benoit would have caused her considerable distress. With the claim for constructive dismissal, the court found that this was a circumstance where a reasonable individual would have found it intolerable to continue working for their employer, which was the basis for a finding of a poisoned work environment, one of the grounds for constructive dismissal.

The offer of an equivalent position with the same pay and benefits was also not enough to address Ms. Colistro’s legitimate concerns about working in close proximity with Mr. Benoit. The gravity of the misconduct committed, sexual harassment, warranted Ms. Colistro’s refusal to have any contact, no matter how minimal with Mr. Benoit. The court noted that Tbaytel was well aware of these concerns at a point when they still would have been able to decline to hire Mr. Benoit, but that they nonetheless proceeded to do so. Their actions were considered further inappropriate in light of being advised by a retired City employee with knowledge of the misconduct by Mr. Benoit that it would be a, “bad move” for Tbaytel to hire him.

The court awarded Ms. Colistro “Honda” damages, which are provided when an employer engages in bad faith in the manner of dismissal. In this case, hiring Mr. Benoit against Ms. Colistro’s adamant and legitimate objections was considered to be more than mere insensitivity or poor management. The court described the conduct as, “flagrant and outrageous.” The judge further noted that when the Company approached Ms. Colistro about alternative positions, they engaged in unacceptable behaviour that diminished and dismissed Ms. Colistro’s complaint. Tbaytel had characterized the issues raised by Ms. Colistro “accusations,” when in fact there was no dispute as to whether Mr. Benoit had sexually harassed her.

The court declined, however, to award Ms. Colistro the bulk of the damages she claimed because it could not find that the Company’s actions had been calculated to inflict mental distress on Ms. Colistro. Although the Judge did find that Tbaytel acted in an entirely inappropriate fashion, in “blatant disregard for the interests of Ms. Colistro,” and that their conduct had a significant, negative impact on Ms. Colistro, there was no evidence they had done so intentionally. The lack of intent did not warrant an award of aggravated and punitive damages, as well as damages for the intentional infliction of mental suffering.

Although this case could be subject to appeal, there are two (2) important takeaways from this decision of which employers should take note.

Firstly, this decision underscores the importance of recognizing that the consequences of incidents of workplace sexual harassment can occur several years later, even after a workplace investigation has concluded and the perpetrator has left the organization. When Tbaytel decided to hire Mr. Benoit, they did not assign much weight to the sexual harassment investigation’s findings and their dismissiveness of Ms. Colistro’s concerns ultimately resulted in liability.

The other important takeaway from this case is that constructive dismissal can arise in a variety of circumstances, and is not limited to fundamental changes to an employee’s job functions. Rather, any change which would cause a reasonable person to feel as though they could no longer tolerate work conditions can potentially ground a finding of constructive dismissal. In this case, based on the reaction of Ms. Colistro to the prospect that she had to work with Mr. Benoit, the Company ought to have taken Ms. Colistro’s concerns more seriously and addressed them in good faith. 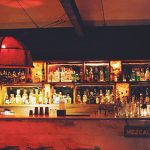 NEW DEVELOPMENTS REGARDING THE TTC ‘FITNESS FOR DUTY’ POLICY