Ontario’s Minister of Labour appointed two Special Advisors in 2015 to conduct a Changing Workplaces Review (the “Review”) to consider issues related to the changing nature of employment relationships, and how Ontario’s labour and employment legislation could be amended to better address those issues. On May 23, 2017, the Special Advisors released their much-anticipated Final Report, which sets out 173 recommendations with respect to possible legislative amendments.

In response to the Review, the Ontario government proposed legislation titled the Fair Workplaces, Better Jobs Act, 2017.  This new legislation, if passed, would amend Ontario’s Employment Standards Act, 2000 (the “ESA”) and the Labour Relations Act, 1995 (the “LRA”). The government identified these amendments having regard to the Review’s Final Report and the government’s determination that an increased minimum wage is necessary.

Before becoming law, the proposed legislation must be passed by the provincial legislature. The Fair Workplaces, Better Jobs Act, 2017 was introduced and passed First Reading on June 1, 2017.  The proposed bill will be reviewed by the Standing Committee on Economic and Finance Affairs over the summer before the Ontario legislature resumes in Session in September 2017.  The government intends to pass the legislation into law by 2018.

We have set out below an overview of various key amendments to the ESA and LRA that are included in the Fair Workplaces, Better Jobs Act, 2017.

Under the proposed changes to the general minimum wage, more than a quarter (25%) of Ontario workers would receive a pay increase.

The proposed legislation would mandate that casual, part-time, temporary, seasonal and full-time employees would be paid equally when performing the same job for the same employer, subject to certain exceptions.  Currently, there is no such legislative requirement. In addition, Temporary Help Agency (the “THA”) employees would be paid equally to permanent employees of the THA client when performing the same job for that client.

If the proposed legislation passes, this would come into force on April 1, 2018.

Under the new proposed legislation, various new scheduling changes would be implemented on January 1, 2019. The proposed scheduling amendments include allowing employees to request schedule or location changes without fear of reprisal after three (3) months of employment. The ESA’s reprisal provisions do not currently extend to protecting workers who request schedule or location changes. Employees would also be given the right to refuse to accept shifts without consequence if requested by their employer to work with less than four (4) days’ notice; this right is not currently provided to employees by the ESA.

The new amendments would require employers to pay their employees for three (3) hours of work if their shift is cancelled within 48 hours of its scheduled start time. The ESA currently requires employers to pay employees who attend work for a scheduled shift for at least three (3) hours’ work, regardless of how much they in fact work; however, employers are currently permitted to cancel scheduled shifts any time before an employee arrives for work without any payment to the employee.

Finally, employees who are on-call would be required to be paid for at least three (3) hours of work for each twenty-four (24) hour period that they are on-call, whether or not they are called in to work. Currently, on-call employees must only be paid if they actually work while on-call.

In an effort to provide minimum employment standards protection to all employees, the new legislation would prohibit employers from misclassifying their employees as “independent contractors”. Employers who violate this may incur penalties, including prosecution, public disclosure, and fines. The employer would have the onus of proving that an individual is not an employee in the event of a dispute.

This proposal would be a considerable change from the current law, which does not explicitly impose additional penalties on employers related to the misclassification of employees. At present, the ESA only permits Ministry of Labour Employment Standards Officers (“ESOs”) to correct a misclassified employee’s status and thereby provide the employee with access to the various rights and entitlements of employees under the ESA.

This amendment would come into force as soon as the proposed legislation becomes law.

Employees would be given three (3) weeks of paid vacation after five (5) years of service with the same employer, beginning on January 1, 2018.  This would be an enhancement for employees who have currently worked over five (5) years for the same employer, as the ESA currently entitles all employees to a minimum of two (2) weeks of paid vacation, regardless of their years of service.

The proposed legislation would also expand the scope of grounds for taking PEL to include employees experiencing domestic or sexual violence, or the threat of domestic or sexual violence.  The current grounds for taking PEL are limited to: illness, injury or a medical emergency experienced by the employee; the death, illness, injury or medical emergency of certain family members; and urgent matters related to certain family members.

Employers would also be prohibited from requesting a sick note from an employee taking PEL, which differs from an employer’s current right to request evidence related to an employee’s leave when it is reasonable in the circumstances.

The Ontario government aims to increase its commitment to the enforcement of employment standards for the purpose of encouraging compliance and deterring non-compliance.  To that end, the province intends to hire up to 175 ESOs to resolve claims more expeditiously.

In addition, penalties for non-compliance with employment standards would be increased.  The Director of Employment Standards would be allowed to publish, both online and in print, the names of individuals who have been issued a penalty as a result of violation of the ESA.  Finally, ESOs would be permitted to award interest on employees’ unpaid wages. These penalties would come into force on January 1, 2018.

Notably absent from the government’s proposed amendments to the ESA are any amendments to the existing exemptions from certain employment standards. Currently, for example, there are exemptions from overtime pay for certain categories of workers, including managers and information technology professionals. It was widely assumed that the Review would recommend the removal of many exemptions. Instead, the Final Report recommended that the government conduct a separate review of the exemptions. The government has now indicated that it will implement that recommendation by conducting a review of the ESA exemptions commencing in 2017, which will include consulting with stakeholders such as employees and employers.

The absence of any amendments to the exemptions in the Fair Workplaces, Better Jobs Act, 2017 is beneficial to employers. However, employers that rely greatly on those exemptions may wish to stay apprised of the upcoming review and consultation process in order to seize the opportunity to provide input to the government about the importance of those exemptions.

The proposed legislation would also modify the unionized work environment with respect to union certification, successor rights, the structure of bargaining units, return-to-work rights and procedures, “just cause” protection and fines.  All labour relations proposals would come into effect six (6) months after the new legislation comes into force.

Some of the proposed changes would include:

The union certification process would be simplified by, among other changes, the removal of certain conditions for remedial union certification in cases of employer misconduct, allowing greater access to first contract arbitration, empowering the Ontario Labour Relations Board (the “OLRB”) to conduct votes outside of the workplace and allowing unions to access employee lists and certain employee contact information once the union has twenty percent (20%) of employees’ support.

The various changes to the union certification process, if passed, are likely to be successful in making it easier for employees to unionize, and may therefore result in more workplaces being unionized.

The proposed legislation would extend successor rights under the LRA to the retendering of building services contracts and to the retendering of other publicly-funded contracted services.  With this extension, for example, a trade union acting as bargaining agent for a unit of employees providing services for a building with respect to food, security or cleaning may be declared by the OLRB continue to represent the employees after the contract to provide those services for the building is re-tendered to another subcontractor.

These proposed changes would grant the OLRB more discretion in structuring the unit of employees appropriate for collective bargaining, as it would be given the power to reconsider or revise the structure of the units after the certification stage. Currently, changing the configuration of bargaining units generally requires the voluntary agreement between a bargaining unit and the employer, rather than being decided by the OLRB.

The proposed changes will transform the landscape for employers across the province and, if passed, would result in both direct and indirect increases to employer’s operating costs.  Smaller businesses and businesses with workforces that are made up largely of low-wage labour appear likely to be among the most greatly impacted.  However, all organizations will be impacted given the sweeping nature of the proposed legislation.  Further, for organizations that pride themselves on providing “enhanced” entitlements to employees, certain of those entitlements may be rendered by the amendments to merely be the minimum statutory entitlements, without enhancement.

Employers have plenty of reasons to comply with the proposed changes, if passed, given the increased penalties associated with non-compliance that are intended to deter employers from taking a “calculated risk”.  In addition, from a reputational standpoint, legal compliance provides a basis for organizations to boast that they operate lawfully, and potentially, to put themselves in a position to attract top talent.

While the response by the provincial government demonstrates its intention to overhaul workplaces across Ontario, and while the Fair Workplaces, Better Jobs Act, 2017 passed First Reading on June 1, 2017, it is important to note that these proposed changes are still being reviewed by the Ontario legislature.  However, given the Liberal Party holds a majority government in the house, it appears likely that the changes will ultimately be adopted and implemented.

Because of the scale of proposed changes, as well as the likelihood of adoption, it would be prudent for employers and human resources professionals to be proactive and prepare to implement these changes while balancing the organization’s interests.  This could involve reviewing existing employment agreements and policies, as well as workplace practices, to reflect the new changes.

It is expected that the provincial government will implement these changes into law in the near future, and, as with all major labour and employment law developments in Ontario, Williams HR Law will continue to keep you apprised of additional developments. Termination Clauses Must Comply with the ESA 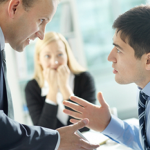