In early 2018, the Ontario Court of Appeal once again ruled on the enforceability of termination clauses.

In Nemeth v Hatch, an employer terminated an employee’s employment after just over 19 years and provided him with eight weeks’ notice of termination, 19.42 weeks’ salary as severance pay, and continued benefits (including pension) during the eight-week notice period. The employer relied on the termination clause in the employee’s employment agreement, which provided:

The Company’s policy with respect to termination is that employment may be terminated by either party with notice in writing. The notice period shall amount to one week per year of service with a minimum of four weeks or the notice required by the applicable labour legislation.

In examining the termination clause, the court considered the following three issues:

The Court noted the well-established presumption that an employee whose employment is terminated without cause is entitled to common law reasonable notice unless some other notice period, which meets the minimum entitlements under the Employment Standards Act, 2000 (the “ESA”), is clearly specified in the employment agreement, either expressly or impliedly. The parties do not have to literally state that they have “agreed to limit an employee’s common law rights on termination” as long as their intention to displace the entitlement to common law reasonable notice is evident.

The Court found that the clause clearly specified a period of notice other than the common law reasonable notice entitlement by stating that the employee would receive “one week per year of service with a minimum of four weeks or the notice required by the applicable labour legislation.” This was sufficient to displace the presumption that the employee would be entitled to common law reasonable notice.

The employee argued that, if the termination clause was not void, he was entitled to 19 weeks’ notice. The Court agreed, finding that there was no language in the clause restricting the employee’s entitlement to only the minimum notice under the ESA. Since the clause could be interpreted in two different ways, either guaranteeing the employee his ESA minimum entitlement or one week’s notice per year of service with a minimum of four weeks, the employee should be given the greater of these two interpretations. Therefore, he was entitled to 19 weeks’ notice on termination of his employment, and the Court awarded damages to the employee because of the employer’s failure to provide that notice to the employee.

This decision is one which should make employers cautiously optimistic. It appears to swing the pendulum away from the strict, technical interpretations that Ontario’s courts have frequently applied in refusing to give effect to termination clauses in recent years. Although the Court upheld the enforceability of this termination clause in this instance, in our view this clause is not one that employers should use as a model. For instance, it would have been unsurprising if the Court had held that the clause is ambiguous on the basis that it is not clear whether the employee was entitled under the clause to one week’s notice per year of service with a minimum of four weeks, or the minimum entitlement under the ESA, and refused to enforce the clause on that basis. While the decisions of the Court of Appeal are binding on the decisions of Ontario’s lower courts, those lower courts are not bound by Court of Appeal holdings if they can distinguish cases they preside over in the future. Given the many different forms that termination clauses can take, there is some risk that lower courts deciding whether to give force to similarly (but differently) drafted clauses would hold that the clauses in those cases are distinguishable, and that they are therefore not bound by the Nemeth v Hatch decision to uphold the clauses before them. Therefore, given these risks, employers would be well advised to take a careful approach and explicitly outline all entitlements employees will receive on termination (including those to which they may be entitled under the ESA), and ensure that the entitlements that the employee is entitled to receive under the clause are not below the ESA minimums in any circumstance, no matter when in the future the employee may be dismissed.

Careful drafting of termination clauses is key. Given the many developments in this area over the last year, including the various pronouncements related to this issue by the Ontario Court of Appeal, employers that have not already done so would be well advised to turn their minds to ensuring that their termination clauses in employment agreements for existing and new employees are enforceable and will achieve the desired result on termination of employment. 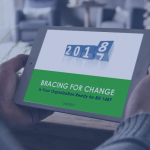