As most employers will be aware by this point, the Ontario government has introduced Bill 47, the Making Ontario Open for Business Act, 2018. Bill 47 is currently undergoing Second Reading in the legislature and, if passed, would repeal a significant portion of the changes introduced by Bill 148.

Given that many anticipated Bill 148 changes were slated to take effect on January 1, 2019, the government has made a considerable effort to push Bill 47 through the legislature before those changes would come into effect. Accordingly, the Government House Leader and Minister of Economic Development, Job Creation and Trade moved to send Bill 47 to the Standing Committee on Finance and Economic Affairs and schedule a public hearing next week. Although the legislature has not yet voted on the schedule, deferring the vote until Monday, November 12, 2018, it seems likely that this schedule will be approved given the government majority.

According to the proposed schedule, interested parties would have until Tuesday, November 13, 2018 at 12 p.m. to file a request to appear at the hearing. The public hearing would take place between 9 and 10 a.m. and between 2 and 6 p.m. on Thursday, November 15, 2018. Each appearance would be limited to five minutes with an additional ten-minute question period. Parties would have until 6 p.m. on Thursday, November 15, 2018 to file written submissions. The proposed deadline for amendments to Bill 47 to be submitted to the Committee for consideration would be 4 p.m. on Friday, November 16, 2018 with a clause by clause consideration of the bill scheduled to take place on Monday, November 19, 2018. Bill 47 would be slated for Third Reading on Tuesday, November 20, 2018, with a goal of passing the bill into law shortly thereafter, before the House adjourns for the holiday season on December 13.

As always, we will keep you updated Bill 47’s progress through the legislative process. For further detail on the changes Bill 47 would make to the Employment Standards Act, 2000 and the Labour Relations Act, 1995 visit our blog. Unfounded Allegations Against Dismissed Employees Can Be Costly 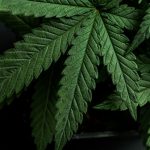 Cannabis and the Workplace: What Employers Need to Know