At the end of an employment relationship, the question of references often arises. In some cases, an employer cannot honestly provide a positive reference to a departing employee. In circumstances where an employer decides to give a negative reference, the possibility of being found liable for defamation arises. Two recent decisions from the Ontario Superior Court of Justice, Papp v Stokes Economic Consulting Inc [Papp] and Kanak v Riggin [Kanak] provide guidance on when this liability can arise. Although the employers in both cases were cleared of defamation charges, the Court did confirm that in other circumstances liability could have arisen.

Under Canadian law, something is considered defamatory if it tends to damage someone’s good reputation in the eyes of the reasonable person, it refers to that person, and it is published. Damage to reputation does not have to occur, it only has to be possible. A potentially defamatory statement is considered to have been published if it is communicated in some way to a third party.

In both Papp and Kanak, after the employment with the employers in question ended, a prospective new employer called for a reference and the former employer provided a reference that was at least partly negative. The employees in both cases responded by commencing civil actions against their former employers alleging that the negative references were defamatory.

In each case, the Court decided that the statements were clearly defamatory because they served to damage the employee’s reputation, they were about the employee, and they were communicated to a third party. Therefore, the question in each case was whether a defence was available to the employer.

In Papp, the employer successfully argued the defences of truth and qualified privilege. The employer’s negative comments about Mr. Papp were true, and either based on the direct knowledge of the person providing the reference, or on verified accounts from others. The Court also found that an employment reference check is a situation protected by qualified privilege. In this case, the Court found on a balance of probabilities that the statements had not been made maliciously. Ultimately, the employer was cleared of liability.

In Kanak, the employer only led the defence of qualified privilege. The Court again held that an employment reference is protected by qualified privilege, stating that, “an employer must be able to give a job reference with candour as to the strengths and weaknesses of an employee, without fear of being sued in defamation for doing so. Without this protection, references would either not be given, or would be given with such edited content as to render them at best unhelpful or at worst misleading to a prospective employer.”

The Court in Kanak further held there was no malice in the making of the negative comments, specifically pointing out that there was no ill will and both the positive and negative comments made had been supported by examples. Though truth was not argued as a defence, the Court held that the defendant had provided what he believed was an honest account of his experience with the former employee. As in Papp, the employer in Kanak was cleared of liability.

A key takeaway is that whatever reference is given, it must be truthful. Negative comments, especially, should be verified, ideally with documented examples. Employers who do not feel comfortable providing references, can decline to do so. Alternatively, employers can choose to limit their comments only to basic information about the employment relationship, such as dates of service and responsibilities of the position.

Employers should consider creating a policy about how to properly give references, in order to minimize the risk of defamation-related liability for negative references. Possible considerations include requiring that any comments will be verified in advance, and ensuring that only information that is reasonably necessary for determining employment eligibility is provided. Policies may also provide that only a certain individual or individuals – often the person or persons in charge of the human resources function at a company – are permitted to give references, and any reference requests must be referred to the individuals specified in the policy. This approach can be a good way for employers to avoid, or at least minimize, liability, as it is easier to ensure that only those employees who are permitted to give references are properly trained on how and when to give references, on what statements may be beyond the scope of what is reasonably necessary for determining employment eligibility, and on what may lead to liability for the employer. 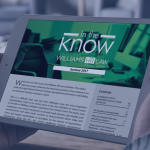 The Duty to Accommodate and Frustration of an Employment Contract