On December 13, 2014, the Ontario Legislature carried Bill 147; An Act to amend the Human Rights Code with respect to the awarding of costs of proceedings (the ”Bill”) through first reading. The proposed Bill would give the Human Rights Tribunal of Ontario (“HRTO”) the explicit authority to award legal costs to either the Applicant or the Respondent as it sees fit under Ontario’s Human Rights Code.

Several provinces have already instituted legislation enabling their respective Human Rights Tribunals the authority to award costs. For example, British Columbia’s Human Rights Tribunal (“BCHRT”), which has a direct-access model of filing applications that is similar to the application model in Ontario, amended their Human Rights Code to explicitly give the BCHRT the power to award costs if one or more of the parties engage in “improper conduct”, in 2002. However, since the legislation has been enacted, the BCHRT has been very reluctant to award costs, only doing so in cases where parties have been dishonest in the process, for example fabricating facts giving or false testimony, and/or for refusing to adhere to already agreed-upon terms of settlement.

WHAT THIS MEANS FOR EMPLOYERS

In addition to giving the HRTO more leeway in administering justice as it sees fit, the Bill may act as a deterrent to employees that are considering filing frivolous Applications with the HRTO. However, nothing in the bill specifies the extent to which the HRTO is to award these costs, so HRTO adjudicators may be initially reluctant to do so, in particular with regards to self-represented Applicants who may have limited resources.

As approximately 80 percent of Ontario Human Rights claims regard matters of employment, the Bill could have a large effect on employers. As the Bill progresses through the Ontario legislature, any amendments or additions made to it will likely be made with strong consideration given to its effect on employment-related claims. The Bill, if passed, will only apply to proceedings that commence on or after the date the Bill comes into force, therefore, the HRTO will not be able to award costs for any currently existing Applications, even if the hearing takes place after the Bill becomes law. 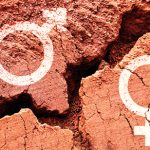