When Kim Davis, an elected clerk in Rowan County, Ky., refused to sign a gay couple’s marriage license in August, she may well have known the move would be provocative. What she couldn’t predict was how that act of defiance would put her at the centre of an ongoing debate over religious freedom.

Davis’ refusal to sign marriage licenses for homosexual couples resulted in a brief jail stay for the devout Christian, followed by a concession that her office would, indeed, issue marriage licenses to same-sex couples as long as Davis’ name was not on the documents.  Her case repeatedly made headlines, including when:

In the wake of the highly-publicized case, many employers across North America wondered whether one of their employees could refuse to carry out specific duties on religious grounds. And if so, to what extent would they be required to accommodate their employees’ religious beliefs?

To be clear, the situation with Davis would not arise in the same manner in Ontario simply because marriage licenses here are issued by municipalities, rather than elected officials.  A refusal by a municipal employee to issue licenses would either be insubordination or a human rights religious freedom accommodation issue and would be handled accordingly.

A recent incident illustrates the ongoing challenges facing Canadian employers as they try to manage requests for religious accommodation across their workplaces. Ranee Panjabi, a professor at Memorial University in St. John’s, refused to wear a device designed to help one of her hearing-impaired students follow lectures. Panjabi reportedly cited her “personal spirituality and commitments” as the reason for the refusal.  The hearing-impaired student has filed a complaint against the University with the provincial Human Rights Commission.

For employers hoping to avoid human rights complaints or legal action when an employee requests accommodation on religious grounds, it is important to understand the relevant legal tests.

Religion is referred to as “creed” in the Ontario Human Rights Code (the “Code”).  Creed is a prohibited ground of discrimination (similar to race, gender and a number of other grounds).  This means that every employee (or prospective employee) has the right to equal treatment without discrimination on the basis of religious beliefs and practices.  Importantly, creed is defined on a subjective basis.  An individual’s religion does not need to be “mainstream” or widely-held to be protected under the Code.  Individuals are protected from discrimination on the basis of creed as long as their religious beliefs are sincerely held.

Employers have a duty to accommodate employees’ religious beliefs and practices.  The duty to accommodate arises in the context of creed where an employee’s religious beliefs or practices conflict with a job requirement.  This may arise, for example, with a Jewish employee who observes the Sabbath by refraining from work between sundown each Friday and sundown the following Saturday.  An employer would typically be required to accommodate such an employee by providing them time off work during that period.

In determining whether the cost of an accommodation amounts to undue hardship, the size and nature of the organization and its financial circumstances must be considered.  For example, a wedding planner with his or her own business looking to hire an assistant likely would not be required to hire a Jewish assistant who observes the Sabbath, as most of the work would occur on Saturdays (when most weddings are held), and it would likely be prohibitively expensive for the wedding planner to employ an additional assistant to assist on Saturday weddings.

Accommodation of creed is fundamentally equivalent to every other form of accommodation: where a work requirement interferes with an employee’s needs in the context of a prohibited ground of discrimination, the employer must accommodate those needs to the point of undue hardship.

For more information about accommodation, see our article about common accommodation mistakes made by employers at page 8 of our Fall 2015 Newsletter.  Please contact us for a free copy of the newsletter. 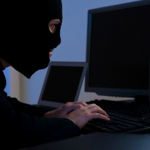 How to Stop Employees from Undermining Your Cyber Security