The employer, Elk Valley Coal Corporation, operated a coal mine in Alberta. Operating in a safety-sensitive environment, it implemented an “Alcohol, Illegal Drugs and Medication Policy” (the “Policy”), which required employees to disclose any dependency or addiction issues before the occurrence of a drug or alcohol-related incident. The Policy stipulated that employees who voluntarily disclosed a drug addiction prior to an incident would be given lenience and would be offered treatment. Those who did not disclose an addiction to the employer and later tested positive for drugs or alcohol upon involvement in a workplace incident would be terminated. The purpose of the Policy was to ensure a safe workplace by encouraging employees with substance abuse problems to disclose their issues and receive treatment before their undisclosed issues caused an accident.

The employee, Ian Stewart, worked at Elk Valley as a loader operator. He had attended a training session which reviewed and explained the Policy. He signed a form acknowledging that he had read and understood its terms. After his involvement in a workplace accident, he tested positive for cocaine. He had not previously disclosed his drug use. Following an investigation during which Stewart stated he believed he might be addicted to cocaine, the employer terminated his employment for breaching the Policy and for compromising the safety of the workplace.

Stewart brought a claim for discrimination before the Alberta Human Rights Commission (the “Tribunal”). He alleged that his employer had terminated his employment because of his disability in the form of drug addiction. However, the Tribunal concluded that Stewart was terminated not because of his addiction, but rather for breaching the Policy, which required him to disclose his addiction or dependency before the occurrence of an incident.

Supreme Court of Canada Decision: No Prima Facie Discrimination
The Supreme Court dismissed the appeal, with the majority confirming that the employer terminated Stewart for breaching the Policy’s requirement to disclose his drug use, and that discrimination based on his disability was not a factor in the termination of his employment.

While the majority agreed with Stewart’s argument that his disability fell under a ground protected by human rights legislation, and that he was adversely impacted by his termination of employment, it found that his disability was not a factor in the employer’s decision to terminate his employment. First, Stewart was terminated for violating the Policy and not for having a drug addiction. Second, the Court considered that Stewart had the capacity to comply with the terms of the Policy. Had he voluntarily disclosed his drug use prior to his involvement in a workplace incident, he would have complied with the Policy and would have been offered treatment. Therefore, the majority ruled that Stewart could not establish a prima facie case for discrimination.

The Court also rejected Stewart’s argument that self-denial of his drug addiction issue made it impossible for him to comply with the Policy’s requirement to disclose his addiction. The Court stated that self-denial regarding an addiction did not prevent him from knowing that he had still engaged in the act of using drugs. Awareness that he’d engaged in the act itself would have rendered Stewart capable of complying with the Policy.

Considering the Duty to Accommodate

The Supreme Court majority concluded that there was no prima facie discrimination, and therefore no need to consider whether Stewart’s disability had been reasonably accommodated.

Justices Moldaver and Wagner, on the other hand, did find prima facie discrimination based on the reasoning that Stewart’s drug dependency was a factor in the termination of his employment, even if it was not the only factor or even a primary factor. Therefore, the two Justices shifted the onus to the employer to demonstrate that it had accommodated Stewart’s disability to the point of undue hardship.

They found that the employer’s decision to terminate Stewart’s employment was reasonably necessary to deter unsafe behaviour resulting from substance abuse, and also to encourage compliance with the Policy. Therefore, they agreed with the Supreme Court majority’s result in dismissing the appeal.

This decision reminds employers of the prudence in taking pre-emptive measures to manage their workplace with the use of properly-implemented and enforced work policies. By a) implementing a drug and alcohol policy requiring employees to disclose their substance dependency, b) providing its employees with training and review of that policy, c) clearly communicating the consequences of breach of the policy, d) ensuring that its employees understood the purpose of the policy and e) obtaining employees’ signatures acknowledging that they agreed to comply with the policy, Elk Valley was able to successfully terminate Stewart’s employment without providing him a “free accident”. It was not required to give him multiple opportunities to correct his conduct even though he had a disability in the form of drug dependency. The employer was able to demonstrate that the termination of Stewart’s employment was based entirely on his violation of Elk Valley’s drug and alcohol policy, and that there was no connection between the termination and discrimination based on disability.

The Court also acknowledged the importance of safety at the workplace. It recognized the validity of deterring substance abuse in safety-sensitive environments, and asserted that workplace safety will be considered in assessing both an employer’s policies and any analysis on an employer’s duty to accommodate to the point of undue hardship. 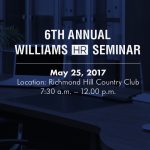