The increased use of technology in the workplace has pushed the issue of employee privacy to the forefront.  In a blog from March of last year, we wrote about the expanding expectation of employee privacy as the result of the Ontario Court of Appeals decision in R. v. Cole. In a decision released on October 19, 2012, the Supreme Court of Canada (“SCC”) weighed in and affirmed that Canadians may reasonably expect privacy in information contained on workplace computers where personal use is permitted or reasonably expected.

To review, the Cole case concerned a teacher who was found to be in possession of nude and sexually explicit photographs of a female student on the hard drive of his school-owned laptop. The photos were discovered by a computer technician employed by the school board, who was responsible for ensuring the integrity of the network system. Upon being notified about the photographs, the school board seized and searched the teacher’s laptop and provided the laptop, as well as compact discs containing the photographs, a screenshot of the laptop including the file path and thumbnail pictures, and temporary Internet files to the police.

According the Supreme Court of Canada, computers that are reasonably used for personal purposes – whether found in the workplace or at home – contain information that is meaningful, intimate, and touching on the user’s biographical core. Therefore, Canadians in the workplace do in fact have a reasonable expectation of privacy on workplace computers where such use is permitted or can be reasonably expected.  The SCC went on to say that workplace policies and practices may diminish an individual’s expectation of privacy but may not necessarily remove the expectation entirely and that the “totality of the circumstances” will be considered.

Where an employer permits or condones the personal use of workplace computers, employees do have an expectation of privacy in regard to the information they may store on the computer. However, it should be noted that this issue arose in the context of a Charter challenge and the SCC did not speak directly to the issue of an employer’s right to monitor computers or the admissibility of evidence obtained by an employer’s search in civil actions for wrongful dismissal.

Although the SCC stated that workplace policies and practices are not determinative on the issue of privacy expectation it nonetheless is advisable that employers implement a clear and unambiguous policy regarding the use of any workplace computer. The policy should provide statements regarding employer ownership; proper and improper uses; employer’s right and intention to monitor use; the employer’s purpose for monitoring use; the information that will be collected; and that no privacy of information should be expected by employees. 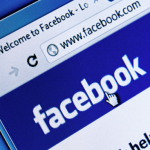 Get It Right on Social-Media Usage at Work Video: How to fire someone without sparking a lawsuit