As you have undoubtedly heard, the confidential user data of extramarital dating site Ashley Madison was recently leaked.  The data leak, which included users’ personal emails and credit card information, has resulted in a class-action lawsuit against Avid Life Media (the Toronto-based parent company of Ashley Madison) and possible links to hate crimes, extortion and multiple suicides. This week, as part one of a two-part series covering the employment law issues relevant to the Ashley Madison scandal, we examine the employment law repercussions of a breach of confidential information by an employee.

Some security experts believe that a lone employee of Avid Life Media was responsible for the leak. If this is indeed the case, one can safely assume (especially considering that Avid Life Media has offered a $500,000 reward for any information that would help catch the perpetrators of the leak) that the company would seek to dismiss the employee for cause.

An employer may sue its employee for breach of confidence to recover losses which arise from the breach. An influential three-part test for breach of confidentiality was outlined in the widely-cited 1969 U.K. decision, Coco v. A.N. Clark (Engineers) Ltd (“Coco”), and has since been followed by the Supreme Court of Canada. Coco held that to be considered confidential, information must:

In the case of the Ashley Madison breach, if it is indeed a lone employee responsible for the hack, that employee’s breach of confidence and its impact on the site and its clientele would almost certainly be great enough to be in contravention of the general duty of good faith and fidelity owed by an employee, regardless of the existence of a specific confidentiality clause in the employee’s employment agreement. According to the Supreme Court of Canada, the duty of good faith and fidelity is a legal principle that both parties to a contract “must not lie or otherwise knowingly mislead each other about matters directly linked to the performance of the contract”. The release of Ashley Madison’s user data would, in all likelihood, be in breach of this duty and therefore be sufficient grounds for a just cause termination, especially because Ashley Madison’s business model is so dependent upon discretion.

Confidentiality is not the only element of employment law that is potentially at issue as a result of this hack; next week, we will look at the Ashley Madison breach and how it relates to the law surrounding employee off-duty conduct. 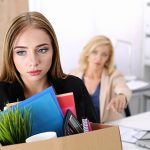