It’s no secret that many employers struggle when it comes to conducting comprehensive workplace investigations.

A recent case, Fredricks v The BTS Network, 2015 HRTO 1597, is just one example where this procedure was not followed. Farouk Fredricks, the applicant, alleged that his employment had been terminated as a reprisal for raising allegations of racial discrimination and harassment against a co-worker. He was a driver for the employer’s bus company, The BTS Network, where he had worked for just over a year before his employment was terminated. Fredricks alleged that he had been dismissed after claiming that he had experienced difficulties with a co-worker, some of which he linked to racism. The BTS Network maintained that Fredricks was dismissed because he had refused to stop working for another bus company on a part-time basis. Fredricks stated that he was not required to work exclusively for The BTS Network as a condition of his employment.

The Human Rights Tribunal found for Fredricks and agreed that the termination of his employment was a reprisal under the Human Rights Code. The Adjudicator found The BTS Network’s investigation to be woefully inadequate, as it was limited to collecting a written response to the allegations from the co-worker. 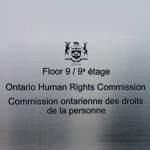 Do Employers Have to Accommodate Vegans? Back to compliance basics