Unfortunately, unlike for much of the general public, the trial decision released today that Ghomeshi is not guilty of criminal charges of sexual assault and choking does not close the matter for his former colleagues at the CBC.  Although the media obsession with Ghomeshi may subside for the time being (until his next criminal trial commences in June), employees at the CBC will continue to deal with the aftermath of Ghomeshi’s workplace misconduct and the consequential workplace investigation.

The news of Ghomeshi’s dismissal in 2014 following allegations of sexual abuse that led to criminal charges, along with allegations of workplace bullying and sexual harassment, sent shockwaves through the public broadcaster’s ranks. Already reeling in the wake of major budget cuts and job losses, the news of Ghomeshi’s alleged actions and behaviours only made matters worse at the CBC.

This was made clear by an internal employee survey conducted by polling firm Gallup last summer, which found that 43 per cent of CBC employees felt their workplace was psychologically unhealthy, while 29 per cent felt their employer failed to deal effectively with situations that might harm or threaten employees. Employee ‘pride of association’ in the CBC dropped to 69% in 2015, from 92% just three years earlier.

Reports indicate that CBC management has been working to turn the page on the Ghomeshi incident by introducing new workplace policies and a more responsive approach to addressing employee concerns.

But the Ghomeshi trial exemplifies a major concern for organizations that struggle to rebuild their workplace culture in the midst of emotionally-charged situations such as a court cases or labour disputes. How can organizations work to put the past behind them, restore confidence in management and reassure employees that the same (or similar) incidents won’t reoccur when they’re met with daily reminders of such a highly-disruptive incident?

The answer differs by organization, but the business priorities are the same: restoring productivity, employee engagement and even product and service innovation to pre-incident levels in order to preserve bottom-line performance.

The key to managing the ongoing fallout from a disruptive workplace incident is to remind employees that success is tied to their renewed focus and commitment to excellence, while leveraging the following four tactics to underscore the fact that even though an issue looms large in the background, by no means should it negatively impact the organization:

Depending on the situation, taking steps to improve an employee policy manual or procedures, likely with the addition of new measures that could potentially help avoid a similar incident from happening again, demonstrates a commitment to action on the part of management. It also sends a clear message that similar behaviour won’t be tolerated in the workplace. Plan to revisit those changes within six-to-twelve months to assess their impact and make any necessary policy tweaks.

Authenticity and accessibility are qualities that every organization should embrace, but they take on added importance when workplace restoration is required. Employees need to know that management cares, is listening and is willing to act to help its team through tough times. Regular communication through a combination of town hall-style meetings, emails, newsletters, smaller team meetings or even confidential one-on-one sessions are useful tools to help management stay in touch with employees and address their concerns. Depending on the nature of the incident in question—the fallout from a case such as Ghomeshi’s would be handled differently than reverberations from a mass layoff, for example—management may not be able address the disruptive event directly. But being available, visible and responsive can go a long way toward preserving morale and even limiting costly employee turnover.

Tactics such as teambuilding exercises, the allocation of funding for career-development activities and regular employee coaching by well-trained managers can help even the most disengaged employees find new purpose and commitment to their employer. That starts by preparing managers to coach employees through a challenging situation. Comprehensive leadership training should educate managers about relevant labour and employment law obligations and should give them tools to help employees achieve their full career potential. Because management missteps often contribute to the emergence of a disruptive incident in the first place, proactive training can help prevent many of these problems before they arise.

Employee reviews are an important tool for measuring job performance, employee engagement and even boosting retention rates. Unfortunately, this is a process that often goes ignored. Reviews should be conducted on a regular basis because they can highlight the need to introduce added career-development support, reorganize employees’ duties or, in some cases, even cue termination of employment. In addition, regular employee engagement surveys can help organizations gauge whether their workplace restoration efforts are working, while also allowing them to correct or avoid ongoing challenges before they threaten to disturb their employee culture once again. 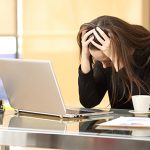 WHAT BILL 132, THE SEXUAL VIOLENCE AND HARASSMENT ACTION PLAN, MEANS FOR EMPLOYERS