Employers often face major challenges when attempting to accommodate disabled employees in the workplace. Try as they may to understand an employee’s job-related restrictions and provide the best solution for the employee to return to the workplace in accordance with Ontario’s Human Rights Code, at times employers are still found to have discriminated with respect to that individual’s disability. That was the finding in the recent Ontario Human Rights Tribunal decision of Campbell v. Revera Retirement LP.

The employee, Louisa Campbell, worked as a Health Care Aide (“HCA”), a unionized position for the employer, Revera Retirement LP, from 1987 to 2010. Revera operates assisted and independent living facilities for elderly residents in Toronto. As an HCA, Campbell was responsible for bathing, feeding, dressing, toileting and transporting between 10 and 15 residents from one location to another by wheelchair.  Her work involved a lot of time standing and walking.  Campbell started developing problems with her legs and feet and was later diagnosed with lipodermatosclerosis, a condition that causes swelling, thickening and discoloration of the skin on her legs. Her physicians indicated that the disease caused pain and discomfort and was likely to be worsened by prolonged standing or extensive walking.  Campbell was told to stay off her feet and took leave from work for a lengthy period of time to recover.

In January 2009, Campbell was cleared to return to the workplace.  A Functional Abilities Form (FAF) was completed by Campbell’s physician indicating that she could not stand more than 30 minutes and all other activities related to the HCA role could be performed only “as tolerated”. The FAF documents provided by the physician were not helpful to Revera because the documents did not give the employer any indication of what Campbell could do. Revera evaluated all 10 unionized positions within the workplace with a view to placing Campbell into one of them and determined that the only job for which Campbell was qualified was a position in the laundry facility. In this role, Campbell would be required to load washing machines, transfer the loads to the dryer, take the clean laundry to a table and fold them, and clean underneath the machines. Revera modified the laundry position to accommodate Campbell’s disability. They included a seat or a stool so that she did not have to walk or stand for lengthy periods of time; ensured the laundry would be brought down by other staff so that she did not have to travel up and down stairs in order to get the laundry; and arranged for a maintenance worker to clean underneath the machines so that Campbell did not have to perform that aspect of the job.

Campbell’s physician sent a general note to the employer in which he stated that the applicant was “unable to do laundry work because of leg pain, able to sit not stand while working.” The employer responded by maintaining that they had accommodated  Campbell’s job limitations with the laundry attendant role. Campbell was expected to return to work, failing which she would be viewed as abandoning her job and her employment would be terminated. Campbell grieved the decision to her Union, but the process was discontinued and her employment was terminated. Campbell brought forward a complaint to the Human Rights Tribunal alleging that she experienced discrimination in two respects: 1) failure on the part of Revera to accommodate her disability and 2) that the decision to terminate her employment was contrary to the Code.

The Tribunal found that Revera took all steps possible to place Campbell in a job once the parties had agreed that she could not perform the essential tasks of the HCA job—even with accommodation. Further, the Tribunal agreed that there was no position within the workplace that the applicant could perform even with accommodation. Despite this positive finding for the employer, the Tribunal ruled that Revera’s decision to terminate Campbell was based on its rejection of Campbell’s doctor’s opinion. Campbell’s refusal to accept the laundry position was for reasons related to her disability and because her physician had confirmed in writing to Revera that she could not perform the required tasks, even with the proposed modifications.  Revera’s decision that Campbell report to work to attempt the laundry job against the advice of her doctor or face termination was found to be discriminatory and contrary to the Code. Campbell was awarded $5,000 as monetary compensation for loss to her dignity, feelings and self-respect.

The decision in Campbell v. Revera highlights a number of actions that an employer should take in fulfillment of the duty to accommodate:

Care should be taken in any decision to terminate an employee with a disability and such a decision should only be made once the employment relationship has truly been frustrated. 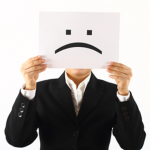 The Invisible Disease 1 in 4 Employees Have