After discussing in last week’s post the evolution in attitudes toward workplace sexual harassment and violence following the one-year anniversary of Jian Ghomeshi’s termination from the CBC—and subsequent allegations of physical abuse by several of the former Q host’s female partners—another incident cited in that post made news yet again.

Shawn Simoes, the Hydro One employee who was dismissed for defending vulgar “FHRITP” chants toward a female reporter following a Toronto FC home game in May, recently had his employment reinstated by an arbitrator. The Twittersphere, radio call-in shows and online comment sections lit up with reaction to the news as Canadians expressed shock at the decision. But in a labour and employment law context, the decision should come as no surprise.

Even in the social media era—where rapid, polarized reactions are the norm—the fundamental tenets of labour and employment law when it comes to discipline and discharge continue to govern workplace relations.

In this case, Simoes, a unionized employee represented by the Society of Energy Professionals, grieved Hydro One’s termination decision through the arbitration process. He chose to exercise that right, arguing that the decision to terminate his employment was not justified in the circumstances. The arbitrator ultimately agreed.

According to Simoes’ lawyer, the rehabilitative efforts by Simoes was a deciding factor in the reinstatement decision.  The union was able to demonstrate that the Assistant Network Management Engineer was genuinely remorseful for his actions—he reportedly wrote an apology letter to the CityTV reporter at whom the slur was directed; made a contribution to the White Ribbon Campaign, a non-profit focused on ending violence against women; and volunteered to attend sensitivity training at his expense.  Further, 34 of his male and female colleagues at Hydro One wrote statements offering their support.

The arbitrator was satisfied that Simoes had, indeed, atoned for his actions.  In the unionized environment, an arbitrator can place great weight on a grievor’s remorse when reviewing the discharge decision and evidence of real remorse will be considered as a factor mitigating the penalty.  Remorse is treated as an indication of the positive rehabilitative potential of an employee and the employee’s ability to meet acceptable standards of behaviour in the future, which justifies a lesser penalty.

Of course, Hydro One’s initial decision to terminate Simoes’ employment for breaching the Hydro One Code of Business Conduct ignited a public debate because the misconduct that led to the decision to discharge had been committed outside of working hours.  Employees in the unionized environment may be disciplined for off-duty misconduct where the employer’s legitimate business interests are adversely affected.  In establishing a clear nexus between off-duty conduct and the workplace, the employer will have to show that the misconduct at issue poses reputational risks, impairs the employee’s ability to carry out his or her work-related duties, leads to other employees being unwilling to work with the discharged employee or prevents an employer from managing and directing its operations.

While the arbitrator’s decision has not been released to the public, one wonders if Hydro One would have been able to justify having disciplined Simoes for his off-duty misconduct if he had never been identified as a Hydro One employee.  If that were the case, Hydro One may not have been able to establish a clear nexus between Simoes’ off-duty antics and its corporate brand.

Alternatively, in the non-unionized environment, Simoes’ employment could also have been terminated without cause.  In these circumstances, the issue would have become his notice entitlement upon termination, and in the absence of an employment agreement with an enforceable termination clause that limited it, Simoes’ notice entitlement could have been quite substantial.

For Hydro One, the public relations strategy was clear: act fast to terminate and send a message that the utility does not tolerance sexual harassment of any kind—then worry about the legal ramifications later.  While the utility company cannot be blamed for proceeding in this fashion, for smaller organizations that may not have the financial means to support a lengthy court battle or pay out substantial termination and/or severance, this incident highlights the need to tread cautiously before deciding to terminate for cause. 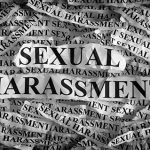 DOES YOUR COMPANY’S DRESS CODE VIOLATE THE HUMAN RIGHTS CODE?