In October 2016, the Supreme Court of Canada (the “Supreme Court”) granted leave to appeal in British Columbia Human Rights Tribunal v. Edward Schrenk (“Schrenk”). The Supreme Court’s determination will likely have significant repercussions as to the scope of human rights protections in workplace settings.

In Schrenk, an engineer was assigned to work on a construction project by his employer. The engineer was the subject of inappropriate comments regarding his ethnic origin, religion, and sexual orientation while on-site. The person who made those comments, Edward Schrenk (“Mr. Schrenk”), was not technically one of the engineer’s co-workers, as he did not work for the engineer’s employer, but rather was an employee of the construction project’s contractor. Still, the engineer filed a complaint with the British Columbia Human Rights Tribunal (the “BCHRT”), alleging that he had been subject to discrimination “regarding employment” as per the British Columbia Human Rights Code (the “Code”).

Both Mr. Schrenk and his employer claimed that the BCHRT did not have jurisdiction over the complaint because there was no employment relationship between either of them and the engineer. The BCHRT, however, disagreed. It determined that human rights protections should not be narrowly construed, and that any discrimination regarding employment could be protected under the Code.

Mr. Schrenk applied to the Supreme Court of British Columbia (the “BCSC”) to quash the decision of the BCHRT on the basis that the BCHRT did not have jurisdiction over the complaint. Mr. Schrenk’s application was dismissed by the BCSC on the grounds that the BCHRT did have jurisdiction. However, the decision of the BCSC was overturned by the British Columbia Court of Appeal (the “BC Court of Appeal”). The sticking point at the BC Court of Appeal was its determination that the Code only applies to employment situations where the individual accused of conduct that violates the Code can “force the complainant to endure that conduct as a condition of his employment.” According to the BC Court of Appeal, neither Mr. Schrenk nor the contractor could exert such control over the engineer, so the comments made could not amount to discrimination regarding employment.

The Supreme Court is tentatively scheduled to hear submissions on the case in March 2017. Whether it affirms the decision of the BC Court of Appeal or endorses the analysis originally adopted by the BCHRT will be of interest to employers across the country that employ workers in multi-employer workplaces and other such non-traditional employment relationships. 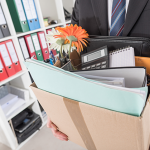 PROBATIONARY EMPLOYEES AND THE DECISION TO TERMINATE