Back in June, we mentioned how the federal government and a majority of its provincial counterparts – including the Government of Ontario – reached an agreement in principle to enhance the Canada Pension Plan (the “CPP”), and noted that the controversial Ontario Retirement Pension Plan would not be launched as planned.

The CPP Enhancement will see the income replacement level increase from one-quarter to one-third of eligible earnings, meaning that the maximum CPP benefit will be approximately $20,000 from its current level of about $13,000. The government will fund these additional benefits by increasing contributions over five years starting in 2019, and phasing in an increase to the maximum amount of eligible earnings by an additional 7% in each of 2024 and 2025. While these amounts are subject to change, it is expected that individuals and employers can each expect to pay an additional 1% each by the end of 2023, or about $43 per month. These additional payments will be made tax deductible to both employers and employees. Employees currently received CPP tax credits on their contributions.

Although the details will not be fully confirmed for some time, what is certain is that employers will face increased payroll costs and reporting obligations as of January 1, 2019. Employers should also take note of how the CPP Enhancement may impact their post-retirement benefit plans. Many plans have contribution and benefit formulas that are integrated with the year’s maximum pensionable earnings under the CPP, so plan administrators will need to be alert to how these changes may impact their funding obligations and plan liabilities.

Look out for more CPP developments as they become available. 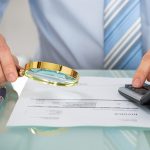