A recent grievance arbitration decision, Fanshawe College of Applied Arts and Technology v. Ontario Public Service Employees Union (“Fanshawe College”), provides valuable guidance to employers on what is – and what is not – considered workplace harassment.

The arbitration award is especially helpful as employers consider the recent Bill 132 amendments to the Occupational Health and Safety Act (the “OHSA”), which confirm that reasonable actions taken by an employer relating to the management or direction of workers or the workplace is not workplace harassment.

The grievor, the Assistant to the Chair of an academic faculty at Fanshawe College of Applied Arts and Technology, grieved that she was harassed and bullied at work by the Chair, contrary to the collective agreement, the Ontario Human Rights Code, and other legislation. The grievor also took issue with the manner in which the employer investigated her complaints of harassment.

The grievor claimed that the Chair belittled her, criticized her, and spread malicious rumours about her throughout the course of their working relationship. The grievor testified about several situations in which she experienced stress at work while dealing with the Chair. These incidents culminated in the grievor taking an extended sick leave from work. Upon her return, the grievor claims that she removed herself from working with the Chair by taking a job in another department that paid $7 per hour less than what she made originally.

Before filing the grievance, the grievor made two (2) complaints under the employer’s Respectful College Community Policy. However, in neither instance was conduct rising to the level of harassment found by the human resources officer assigned by the employer to investigate the matter. Instead, the issue between the grievor and the manager was determined to be a mere interpersonal dispute.

As a preliminary matter, the grievance arbitrator found that the employer had adequately investigated the grievor’s complaints in light of the procedure set forth in the collective agreement. The union tried to argue that the investigation was off-side because the investigator made factual errors in his report. However, the arbitrator found that the employer’s duty, as per the collective agreement, was to ensure that a proper investigation was conducted and appropriate action taken. The employer’s duty was not to be the guarantor of facts.

The main issue addressed by the arbitrator was whether the grievor was harassed by the Chair. The arbitrator considered that as a prerequisite to a finding of harassment, it was necessary to find that the aggrieved conduct was “a departure from reasonable conduct,” bearing in mind that what is reasonable will vary depending on the idiosyncrasies of the work environment

In none of the particular instances complained of could the arbitrator find that the Chair departed from the standards of reasonable workplace conduct. Although the arbitrator could not doubt the grievor’s distaste for the Chair’s actions or conduct in certain situations, the arbitrator was “satisfied that most employees would not have given much thought to these sporadic, low-level contretemps.” The arbitrator concluded by noting that a finding of unreasonable conduct rising to the level of harassment could not be established based on a grievor’s subjective perceptions and interpretations.

This grievance arbitration decision clarifies that a finding of workplace harassment will only be made after an objective assessment of the impugned conduct in light of the circumstances of the particular work environment. In a fast-paced and expanding workplace, such as that in this decision, the arbitrator held that it is reasonable for a manager to have significant expectations of their assistants, to abandon “social niceties like saying ‘good morning’ and to be constantly “intense”. The arbitrator further dismissed the grievor’s allegation that the fact that the Chair expected her to perform certain clerical tasks that were within her job description constituted harassment on the basis that the grievor’s previous supervisor did not expect of her.

Conduct that subjectively negatively impacts an individual employee, but that is objectively reasonable in the context of the workplace, does not constitute harassment. This decision confirms that employers and managers may manage workers as they see fit, and that such management does not constitute harassment if it is objectively reasonable. This decision should allay any fears that employers’ expanding obligations with respect to harassment, including under the OHSA and Human Rights Code, do not require managers to change their management style to ensure that their employees constantly feel happy and satisfied with their roles. 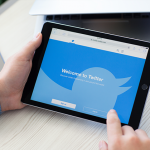