For several years, federal employers have lived with the uncertainty of whether they can dismiss non-unionized employees on a without cause basis.

Unlike provincial employers who have the ability to dismiss employees without cause provided they provide adequate notice or pay in lieu of notice, federal employers lack the same flexibility as a result of the interpretation of section 240, Part III of the Canada Labour Code (the “Code”), which allows a non-unionized, federally-regulated employee with more than 12 months of service to file a complaint that his or her dismissal is unjust.

The Federal Court of Appeal (FCA)  in Wilson v. Atomic Energy of Canada Limited, 2015 FCA 17 recently departed from the usual approach when it stated that section 240 does allow federally-regulated employers to dismiss employees on a without cause basis. In that case, the employer terminated Mr. Wilson’s employment on a without cause basis by providing him with six months’ severance pay in exchange for a full and final release upon the end of his employment. The termination package offered was more than Mr. Wilson’s minimum entitlements under the Code, which would have been 18 days of notice and severance. Mr. Wilson rejected the termination package and filed a complaint under section 240, alleging the dismissal was unjust.

The adjudicator’s decision in Mr. Wilson’s favour was appealed and eventually heard before the FCA. The FCA concluded that the dismissal of non-unionized employees on a without cause basis was not automatically unjust under section 240 of the Code.  The unjust dismissal provisions coexist with the employer’s right to dismiss without cause so long as reasonable notice or pay in lieu is provided.  Further, the FCA stated employers are not required to prove there was just cause for dismissal, which had been previously required by adjudicators, but it was up to the adjudicator to evaluate the circumstance of the termination and come to a conclusion on whether the dismissal was unjust.

For employers, that interpretation of section 240 marks a significant change in the way the majority of adjudicators have interpreted and applied the unjust dismissal provisions.

While the current law states that it is possible to dismiss non-unionized, federal employees without cause, the Supreme Court of Canada will have the last word on this fundamental issue as Mr. Wilson has been granted leave to appeal the FCA’s decision.  In the interim, non-unionized, federally-regulated employers will still need to exercise caution when terminating non-unionized employees.

With that in mind, federal employers should: 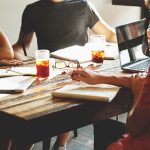