A recent decision of the Workplace Safety and Insurance Appeals Tribunal (“WSIAT”) has arguably expanded the scope of entitlement for traumatic mental stress (“TMS”). Previously, in order to be successful in obtaining entitlement for TMS, workers had been required to show that their TMS was a result of a traumatic event that posed a threat to their physical well-being. In Decision 483/11, the WSIAT has clarified that there does not necessarily need to be a link between a physical threat and TMS for a claim to be successful.

In this case, a 51 year old educational assistant (“EA”) with decades of experience in the classroom was accused of assault by a grade five student. The EA knew that the established School Board protocol following this serious allegation would be a suspension followed by an investigation. After the worker was ultimately cleared of all wrongdoing, she made a claim for TMS benefits stating that she was diagnosed with major depression and was unable to work in a classroom setting. The worker was originally denied benefits by the WSIB Appeals Resolution Officer, however, the WSIAT granted entitlement to TMS benefits. The WSIAT held that her medical documentation supported that she suffered an acute response (major depressive disorder) to a traumatic event which they defined as the allegation by the student and that therefore her claim fit squarely within the required definitions in the Workplace Safety and Insurance Act, 1997.

The WSIAT also considered what mental diagnoses will qualify as psychological conditions for which entitlements will be granted and found that various conditions, if they fall within Axis I of the DSM-IV and are properly diagnosed by a psychiatrist or psychologist, will be considered sufficient. Employers should note that this clarification may result in an increase in TMS claims as a result of this decision; however, workers still bear the burden of proof to demonstrate that their claim falls within the TMS definition. Further, employers should take this opportunity to ensure that they have transparent internal dispute mechanisms, meaningful resolution processes and trained investigators to deal with complaint intake and processing to effectively deal with workplace issues and ensure that employers don’t exacerbate an already stressful situation for the worker. 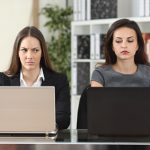